Did you know that a group of people can have the same exact recollection of an event happening when in reality, it never did? This unique phenomenon is called the Mandela effect and the term was coined by Fiona Broome-a self-proclaimed “paranormal consultant”.

A good example is Fiona’s own recollection of Nelson Mandela’s death. She vividly remembers the widely known Activist and former president of South Africa dying in prison in the 1980s. The same memory was shared by a few other individuals. Yet, in reality, Mandela died a free man in 2013 from respiratory complications.

The Mandela Effect is indeed a sinister phenomenon. Think of it; how can different people from different parts of the world have the same shared memory? Some conspiracy theorists strongly believe that this is a solid proof that alternate reality is real.

Without further chitchat, let’s see some more examples of the Mandela Effect.

Sex and the City

It’s not once you’ll come across people referring to HBO’s Sex and the City as Sex in the City. 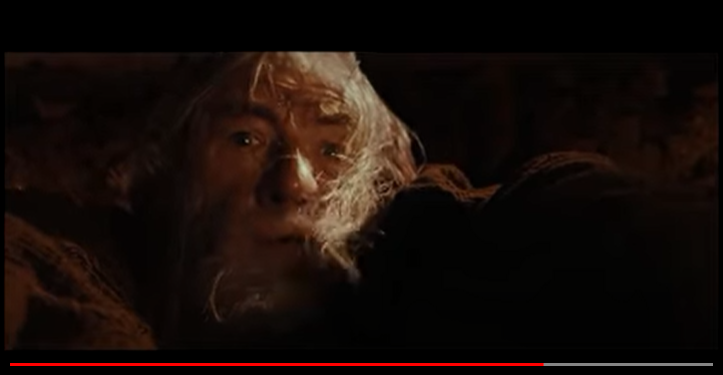 It’s actually ‘fly, you fools’ and not ‘run.’ So many people have heard this Lord of the Rings phrase wrongly to the extent that it became a Mandela Effect. Almost everyone recalls the little black detail on Pokemon’s character Pikachu. Sorry to disappoint your sweet childhood memories but truth, Pikachu’s tail is all yellow.

The furiously famed Titanic actor is thought to have received an Oscar in the 1999 blockbuster, Titanic and his other early movies. Guess what, he won his first Oscar in 2016’s flick, The Revenant.

Darth Vader- “Luke, I am your father.”

How about we just go ahead and solve this one for you, cool, right? The once wildly sweet chocolate bar is correctly spelled KitKat. There are countless controversies surrounding Leonardo Da Vinci’s Mona Lisa Painting. However, one that overarches the rest indicates that her smile was clearer than what you see in the famous painting.

The good little monkey, Curious George must have entertained most of us during our childhood. All through the shows and publications, many folks believe Curious had a tail. No, he was tailless.

A huge population believes that Mother Teresa’s canonization took place in the 1990s through Pope John Paul II. Well, guess what sleeping beauty, she was actually canonized in 2016 by Pope Francis (that’s nine years after her demise). Everyone knows Neil Armstrong was the first human to step foot on the moon’s surface. Despite all that glory, apparently, most people are not aware he died in 2012 or maybe they just let the news slide past them. 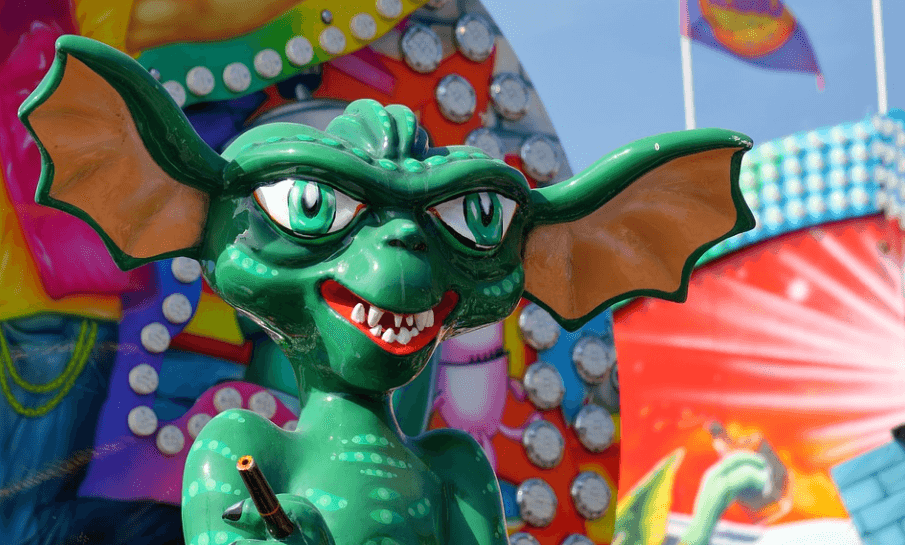 Back in 1984, Gremlins was one of the movies that received huge acclaim and became a cult classic. The thing is, even some of its biggest fans still think the villainous Gremlin’s name was Spike instead of Stripe. This here is perhaps one of the biggest and possibly the clearest examples of misremembered memories. Most people imagine there was a movie called Shazaam featuring Sinbad. Strangely, there’s no Shazaam movie that stars Sinbad. This disfigured memory arises from a kid’s movie called Kazaam and featured Shaquille O’Neal-not Sinbad. The Flintstones is a prehistoric family sitcom that many people are familiar with. Unfortunately, most people forget that there are two T’s in the name and end up writing it as the “Flinstones.”

“Mirror mirror on the wall” Another sticky Mandela Effect people get into is this line: “Mirror mirror on the wall.” It comes from the movie Snow White and the Seven Dwarves. What no one seems to remember is that the exact words of the infamous Evil Queen were “Magic mirror on the wall.”

The famous evangelist may have died in 2018 but some people feel like they read headlines of his demise decades ago. 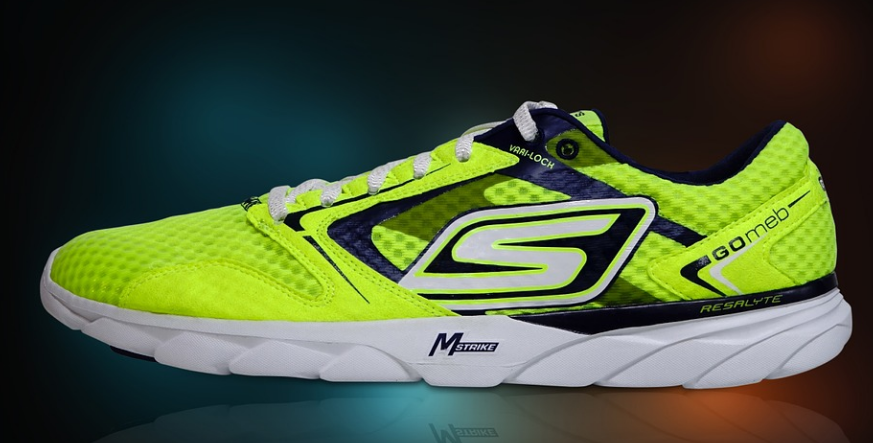 If you are a fan of Skechers shoe company, you probably always think their name should be “Sketchers” with a T, but it’s not. It’s just Skechers. The same goes for one of the most common air-fresheners-Febreze. Most people think it should be Febreeze.

For those who can remember the early 80s vividly, you must recall the Challenger explosion incident. After 73 seconds of launch, it came back crushing. The accident happened on 28th 1986 yet when asked, most people mention either 1984 or 85. Another Mandela Effect that makes the idea of a parallel universe close to reality revolves around the color Chartreuse. It is obviously between green and yellow. Surprisingly, some people think it is pink/magenta. We know it really doesn’t make sense but are you aware the right spelling of the cartoon Looney Toons was Looney Tunes and not “Toons.” Keep reading for more Mandela Effect spelling goofs. Believe it or not, the name Meyer has an ‘a’ in it. So don’t write Meyer. Oh, sorry pal, there is nothing like The Berenstein Bears. It is ‘The Berenstain Bears’-the once cool toon characters of the early 2000s. Forget about the frequent internet celebrity death hoaxes. Like Nelson Mandela’s case, Abe Vigoda too was presumed dead decades ago before his true departure time in 2016.

Man vs The Chinese Tank in Tiananmen Square

During a protest in 1989 in China, Tiananmen Square, a bold protester stood right in front of a passing military tank in an attempt to stop them. Call it the Mandela Effect or lack of proper follow-up, but most people think he got run over and died. In truth, he was forcibly removed from the pathway. 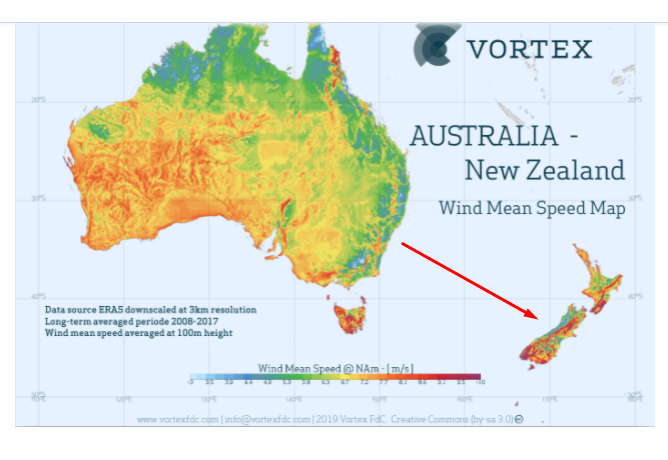 New Zealand is nicely packed adjacent to Australia. But when you ask on which side exactly, some people get confused. They say it lies North-East of Australia when in actuality, it’s on the southeastern. While this is a Mandela Effect on some, for others it could be the sheer lack of effort to read a map, right? Right. 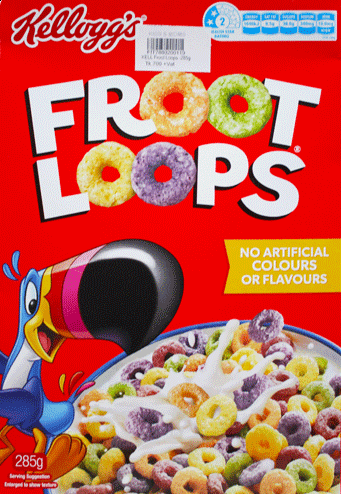 You probably are familiar with Kellogg’s kids’ cereal “Fruit Loops,” Right? Well, you are stuck inside the Mandela Effect. The right name is “Froot Loops,” where froot is a cacography of fruit. Now you know! Some fans of The Silence of the Lambs movie seemed to have watched it from a different timeline. Why? Because most of them vividly remember Dr. Hannibal’s greetings to Clarice as “Hello Clarice.” Even the meticulous pop culture writers were caught inside this Mandela Effect.

Quite to the surprise of many, Hannibal never says that line. Instead other variations like ‘good evening, Clarice,’ ‘is this Clarice,’ and ‘well, hello Clarice’ only exist.

There Were 4 People in JFK’s Car During his Assassination 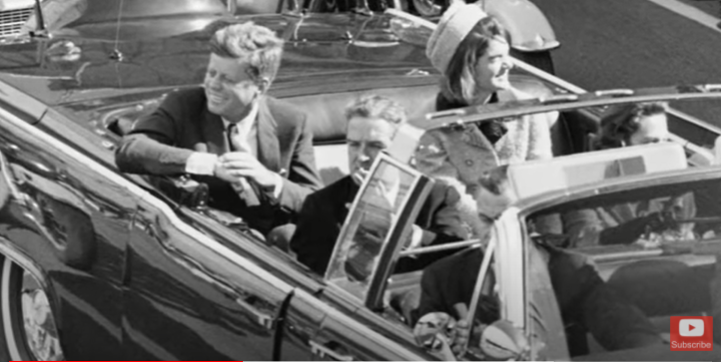 During the assassination of JFK, most people seem to think the car had 4 people in it. All publications and movie re-enactments replaying the moment also create a scene with only 4 people in the car. However, the truth is different. There were six people in the vehicle. Because of its strange design, the last two could not be seen properly. A 20-month old son of a famous aviator was kidnapped in 1932. While the kid was found 2 months later dead from a deadly blow to the head, no one seems to remember that. In fact, till today, some people think the case was never solved. Well, if you are one of them, then your mind is playing tricks on you. 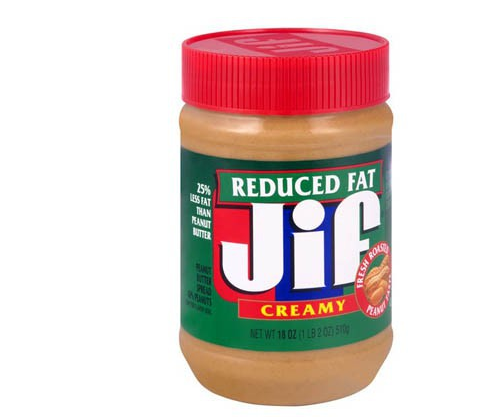 There is a good number of folks out there who swear there was once a peanut butter called Jiffy. If you are one of them, sorry for the disappointment but there is no such thing. What most of you are doing is combining Jif (an existing peanut butter) with its competitor Skippy to make an imaginary brand “Jiffy.”

We Are the Champions…

Suppose you were singing Queen’s song ‘We Are the Champions.’ What line comes next? …Of the World? Not really. Sorry, pal. It goes like this…We are the champions, No time for losers. But you know what, you are not the only one who gets it wrong. Don’t believe us, go check the video out. What color is the Star Wars Droid C3PO? All Golden? Well, please go back and confirm. There is a silver color right below the right foot’s knee!

The Monopoly Man is monocle-less For most people, it takes a while (and a bit of proof) to convince them that the Monopoly Man had no Monocle. If you think he had one, then perhaps you are mistaking him for Mr. Peanut from Planters’ commercials. This confusion is because they both had a hat and carried a cane around.

Baby Boomers, Generation Jones, Generation X, and Xennials must have watched the fan-favorite show M.A.S.H of the 1970s. The one person no one seems to forget is the hilarious Colonel Walter Radar (Gary Burghoff).

Apparently, most viewers remember him dying in the show which is quite contrary because he was alive all through to his last episode of season 8.

Do you now believe that The Mandela Effect is a real thing or are you still unsure? Judging from the comprehensive list of real-world examples, it seems like a true phenomenon. A phenomenon that involves the advertent or inadvertent creation of false memories in a large group of people.

You can think of the Mandela Effect as the kids game of telephone. The message is whispered from one person to another till it reaches the last recipient. Be sure along the way, the message has been altered because one or two people recall it differently.

The same can be said of the Mandela Effect. In an effort to recall something you haven’t recalled in a while, you are likely to pull a memory and put it back a bit differently. To cut the long story short, while conspiracy theorists believe this phenomenon proves the existence of an alternate universe, doctors assert that it’s simply an indication of how flawed our memory can be at times.