Here are some of the funny quotes from some of the world’s most famous comedians and writers. There’s no better way to start your day with a good laugh. Humor has been used for centuries to lighten the mood and make people feel better.

It’s also a great way to boost your creativity and make you more productive.

The world’s funniest people have said some of the most hilarious things. There is a reason comedians are always topping the list of the highest-paid people in the world.

We all need a good laugh in our lives, especially when bad things happen or we’re feeling down. But sometimes it’s hard to find the perfect joke to make us laugh. That’s why we’ve compiled this list of the funniest quotes by comedians, writers, and more.

So here’s a list of some of the most hilarious quotes from the world’s funniest people. 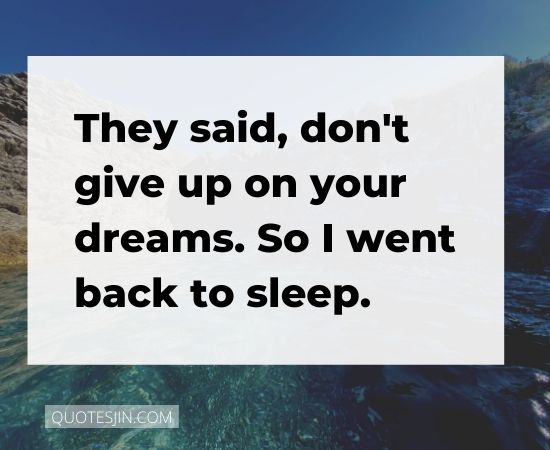 They said, don’t give up on your dreams. So I went back to sleep. 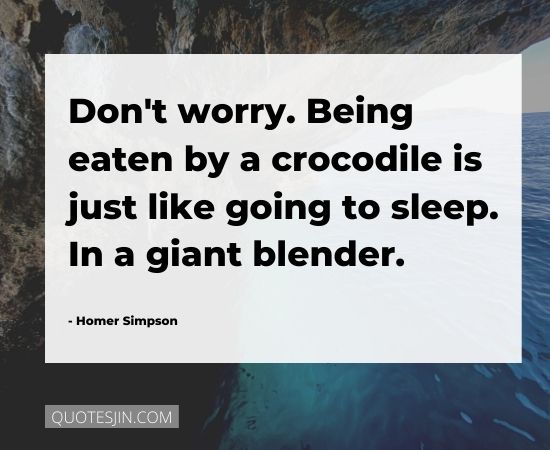 Don’t worry. Being eaten by a crocodile is just like going to sleep. In a giant blender. – Homer Simpson 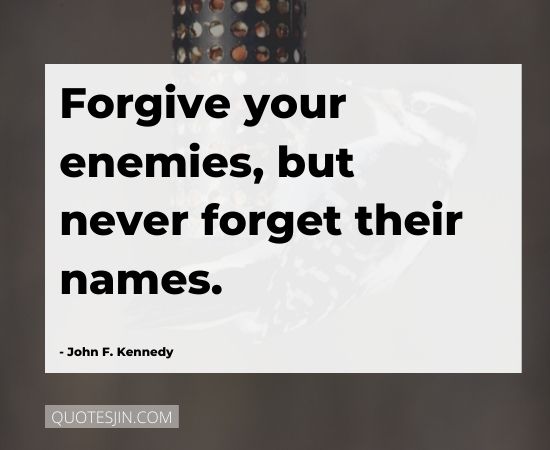 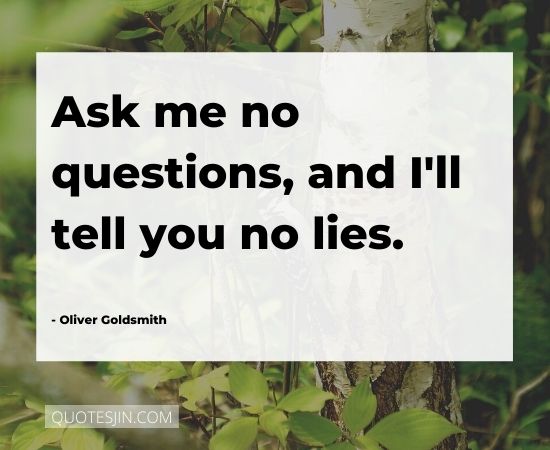 Ask me no questions, and I’ll tell you no lies. – Oliver Goldsmith 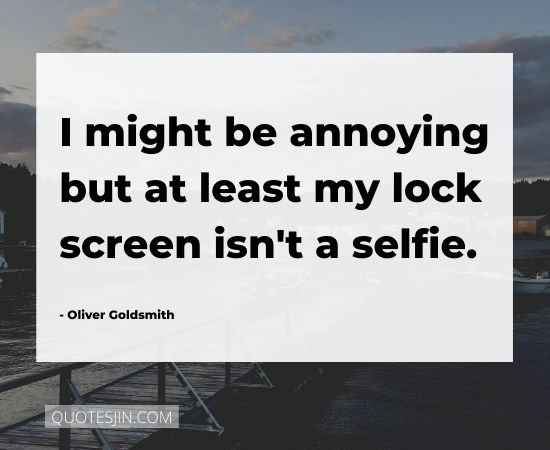 I might be annoying but at least my lock screen isn’t a selfie. 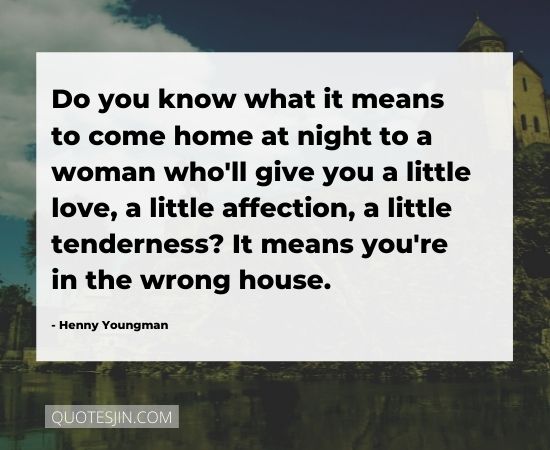 Do you know what it means to come home at night to a woman who’ll give you a little love, a little affection, a little tenderness? It means you’re in the wrong house. – Henny Youngman 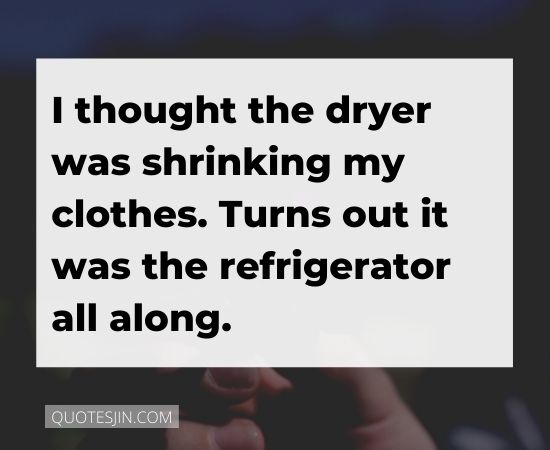 I thought the dryer was shrinking my clothes. Turns out it was the refrigerator all along. 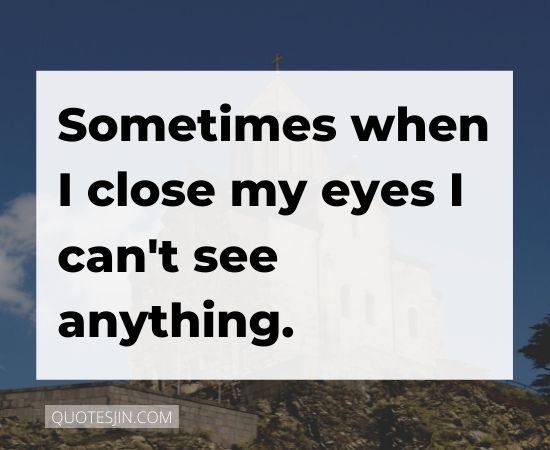 Sometimes when I close my eyes I can’t see anything. 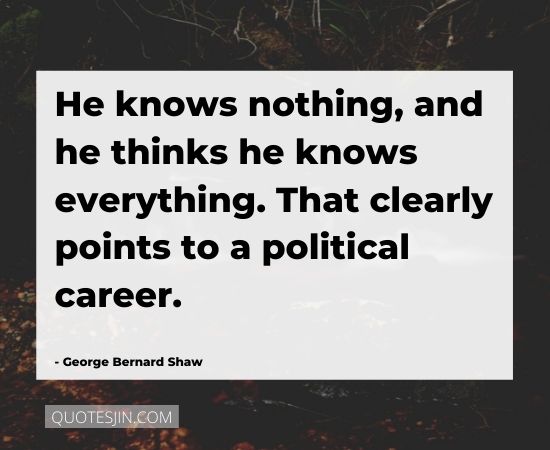 He knows nothing, and he thinks he knows everything. That clearly points to a political career. – George Bernard Shaw 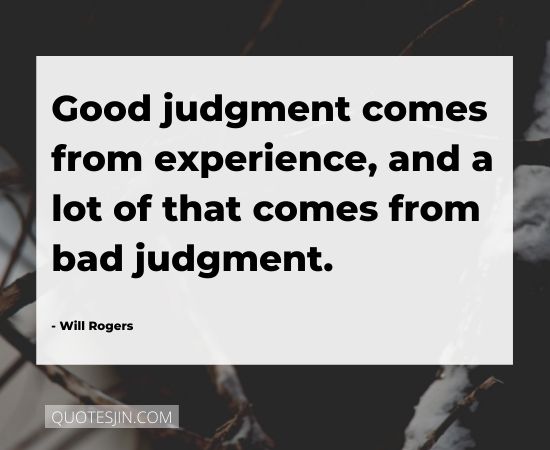 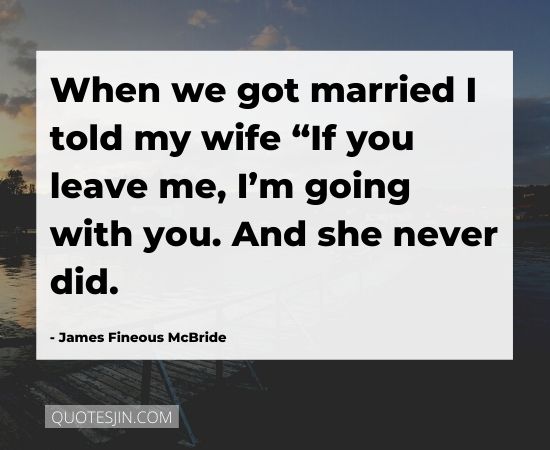 When we got married I told my wife “If you leave me, I’m going with you. And she never did. – James Fineous McBride 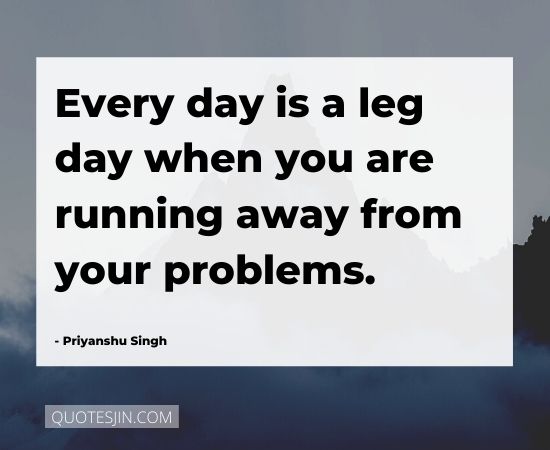 Every day is a leg day when you are running away from your problems. – Priyanshu Singh 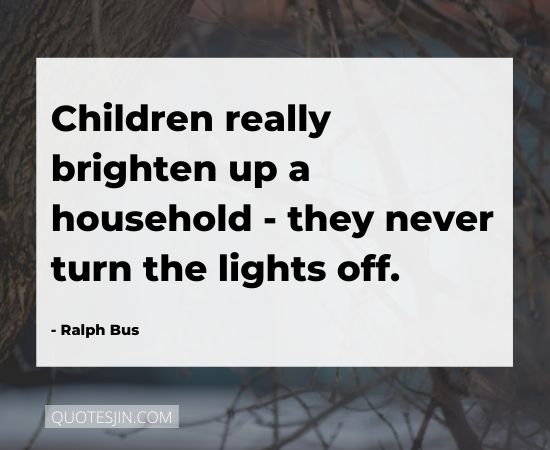 Children really brighten up a household – they never turn the lights off. – Ralph Bus 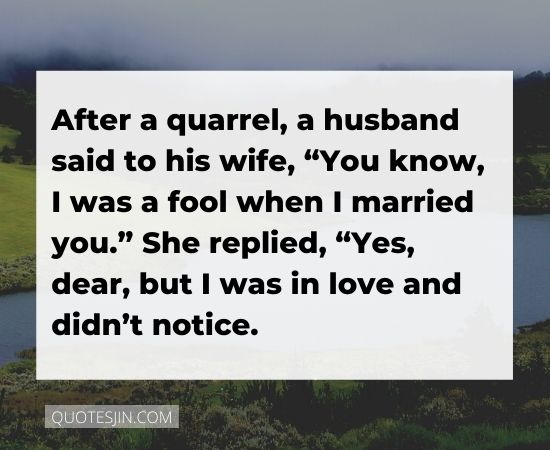 After a quarrel, a husband said to his wife, “You know, I was a fool when I married you.” She replied, “Yes, dear, but I was in love and didn’t notice. 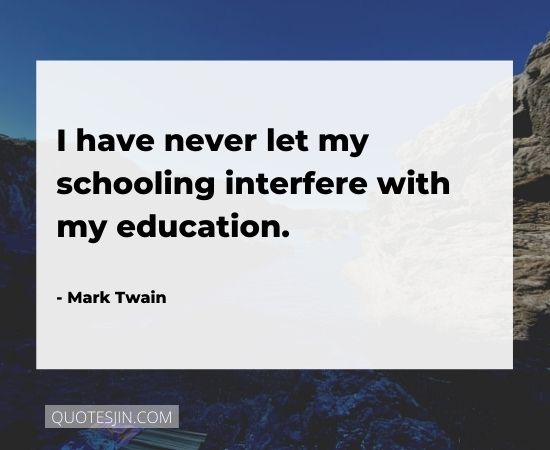 I have never let my schooling interfere with my education. – Mark Twain 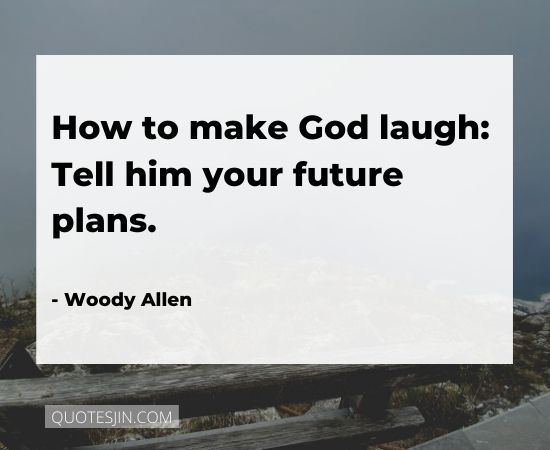 How to make God laugh: Tell him your future plans. – Woody Allen 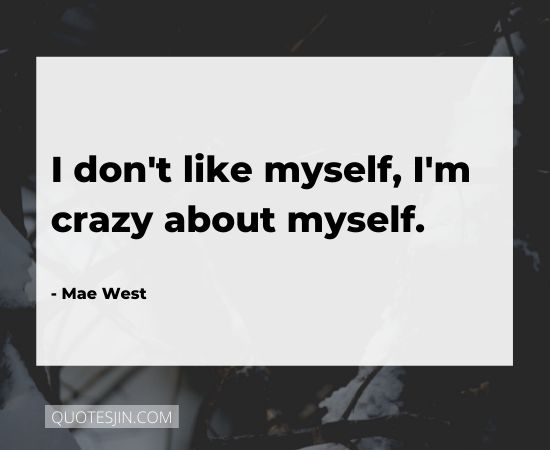 I don’t like myself, I’m crazy about myself. – Mae West 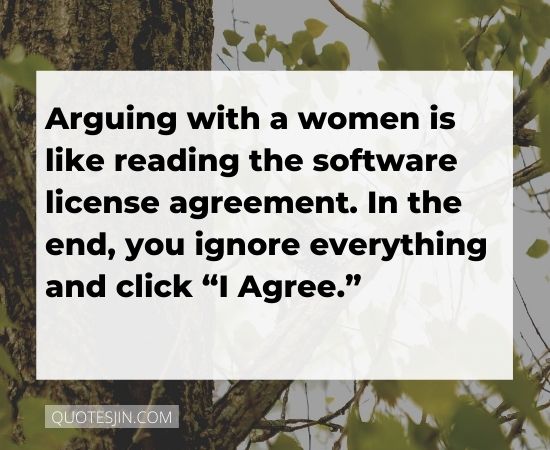 Arguing with a women is like reading the software license agreement. In the end, you ignore everything and click “I Agree.” 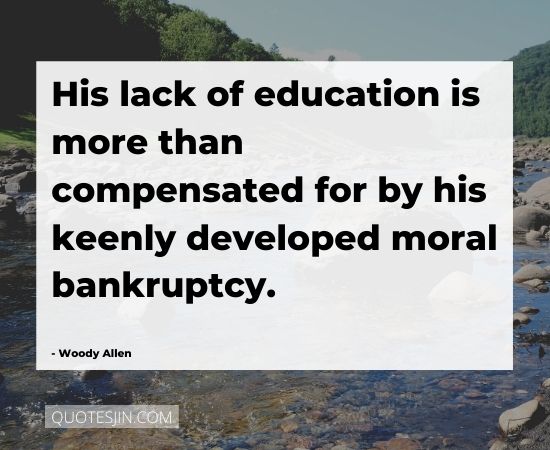 His lack of education is more than compensated for by his keenly developed moral bankruptcy. – Woody Allen 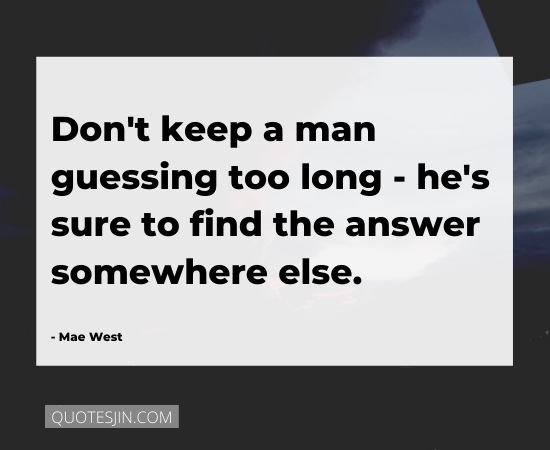 Don’t keep a man guessing too long – he’s sure to find the answer somewhere else. – Mae West 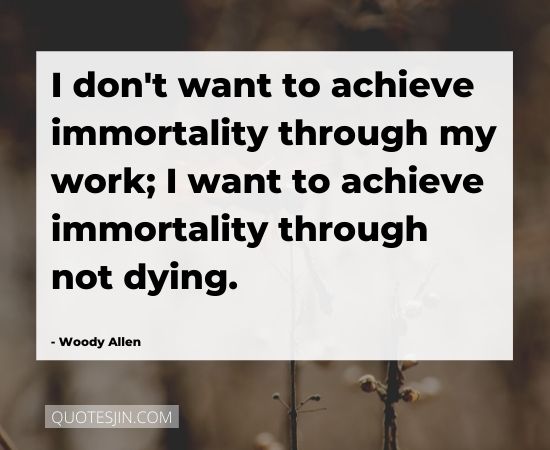 In my house, I’m the boss. My wife is just the decision-maker. – Woody Allen

I never forget a face, but in your case, I’ll be glad to make an exception. – Groucho Marx

If you’re gonna be late, then be late and not just 2 minutes – make it an hour and enjoy your breakfast. – David Brent

When you are waiting for the bus and someone asks, “Has the bus come yet?”. If the bus came would I be standing here? – Billy Connoly

If at first you don’t succeed, remove all evidence you ever tried. – David Brent

I recently turned sixty. Practically a third of my life is over. – Woody Allen

If the world were ruled by women then there would be no war… just couple of nations not talking with each other. 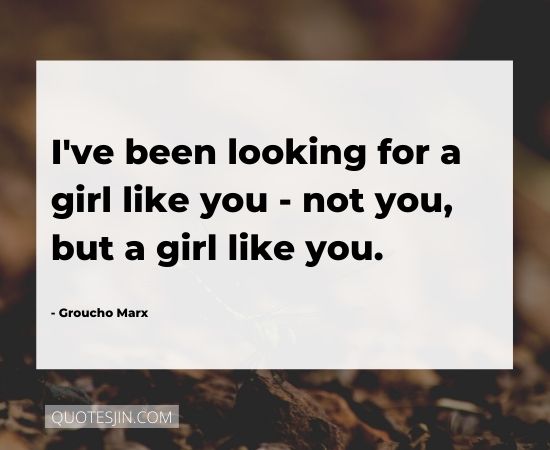 Before you marry a person, you should first make them use a computer with slow Internet to see who they really are. – Will Ferrell

I just broke up with someone and the last thing she said to me was ‘You’ll never find anyone like me again!’ I’m thinking, ‘I should hope not! If I don’t want you, why would I want someone like you?’ – Priyanshu Singh

Age is something that doesn’t matter unless you are a cheese. – Luis Bunuel

I always wanted to have someone, someone to love. And now that you’ve come into my life – I’ve changed my mind.

Women speak because they wish to speak, whereas a man speaks only when driven to speech by something outside himself – like, for instance, he can’t find any clean socks. – Jean Kerr

Have you ever wondered what to say to someone to make them laugh?

It’s not always easy to come up with a funny one-liner. But if you want to make someone laugh, you might need to think outside the box. 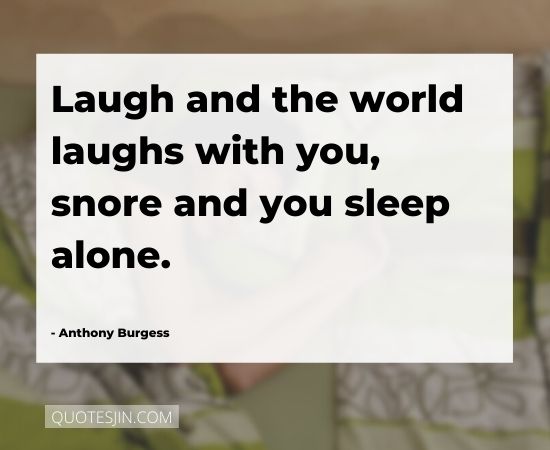 Laugh and the world laughs with you, snore and you sleep alone. – Anthony Burgess

Does anybody know how to disable the auto-correct feature on my wife ?

I love being married. It’s so great to find that one special person you want to annoy for the rest of your life. – Rita Rudner

Someone should open up a restaurant called “I don’t care”. Then we can finally go to that restaurant my girlfriends always talking about.

By all means let’s be open-minded, but not so open-minded that our brains drop out. – Richard Dawkins

They call our language the mother tongue because the father seldom gets to speak!

Women spend their whole life to find the right man just to tell him every day that he is wrong. – Priyanshu Singh

When your mother asks, ‘Do you want a piece of advice?’ it is a mere formality. It doesn’t matter if you answer yes or no. You’re going to get it anyway. – Erma Bombeck 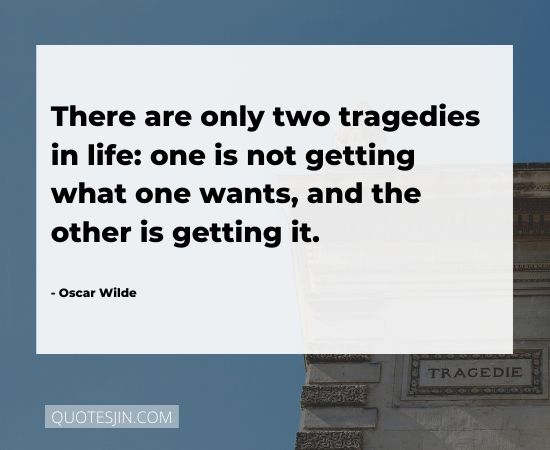 There are only two tragedies in life: one is not getting what one wants, and the other is getting it. – Oscar Wilde

A child’s greatest period of growth is the month after you’ve purchased new school clothes.

Go to Heaven for the climate, Hell for the company. – Mark Twain

When I’m on my death bed, I want my final words to be “I left one million dollars in the…

Mr. Right is coming. But He’s in Africa and he’s walking. – Oprah Winfrey

My mother loved children – she would have given anything if I had been one. – Groucho Marx 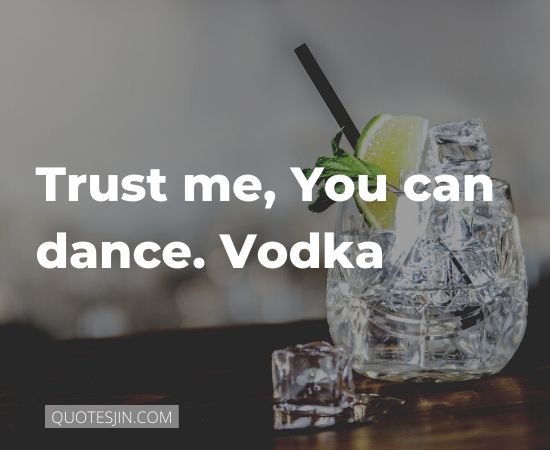 Trust me, You can dance. Vodka

I’m such a good lover because I practice a lot on my own. – Woody Allen

Don’t drink and drive…You might hit a bump and spill your drink. – Unknown

Mirrors can’t talk. Luckily for you, they can’t laugh either! – Unknown

On the keyboard of life, always keep one finger on the Escape key.

Don’t talk about yourself so much… we’ll do that when you leave.

Behind every great man is a woman rolling her eyes. – Jim Carrey 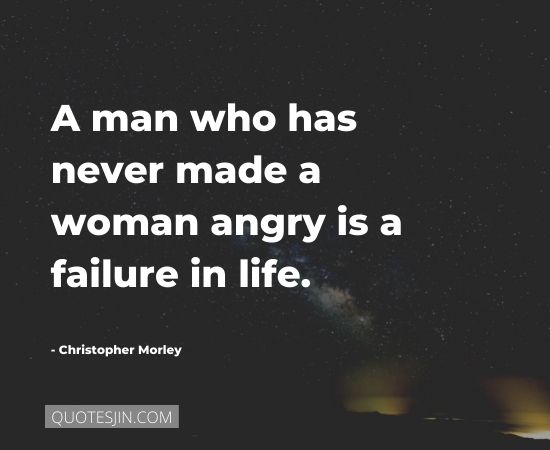 A man who has never made a woman angry is a failure in life. – Christopher Morley

All my life I thought air was free, until I bought a bag of chips. – Priyanshu Singh

Some people ask the secret of our long marriage. We take time to go to a restaurant two times a week. A little candlelight, dinner, soft music and dancing. She goes Tuesdays, I go Fridays. – Henry Youngman

Life is what happens to you while you’re busy making other plans. – John Lennon

If we shouldn’t eat at night, why is there a light in the fridge?

Sorry about those texts I sent you last night, my phone was drunk.

Life is full of temporary situations, ultimately ending in a permanent solution.

Be crazy, be stupid, be silly, be weird. Be whatever, because life is too short to be anything but happy.

Life is too complicated in the morning.

I’d like to have a kid, but I’m not sure I’m ready to spend 10 years of my life constantly asking someone where his shoes are. – Damien Fahey

Life was a funny thing that happened to me on the way to the grave. – Quentin Crisp

I’m at a place in my life when errands are starting to count as going out.