Here are some of the most beautiful and inspirational nature quotes that will leave you feeling calm and grounded. Nature is all around us. It’s in the trees and the flowers, the rivers and the oceans, the sun, and the moon. But sometimes, we forget to stop and appreciate the beauty all around us.

In these times of technological overload, it’s easy to forget about the beauty of nature. But don’t worry. We have the perfect remedy for you: nature quotes.

If you feel like you’re spending less and less time outside, it’s time to change. There are so many benefits to spending time in nature, from physical and mental health to creativity.

You don’t have to be a hardcore hiker or backwoodsman to reap the benefits of time spent in nature — even a walk around your block can do the trick.

Take a break from the chatter of the world and enjoy these inspiring quotes about nature.

It is not so much for its beauty that the forest makes a claim upon men’s hearts, as for that subtle something, that quality of air that emanation from old trees, that so wonderfully changes and renews a weary spirit. – Robert Louis Stevenson

Read More: 130 Love of my Life Quotes for your True Love 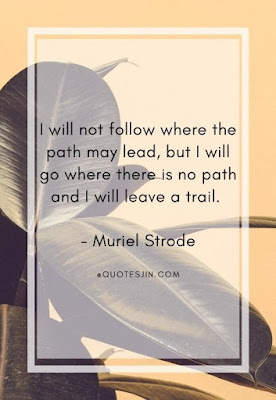 I will not follow where the path may lead, but I will go where there is no path and I will leave a trail. – Muriel Strode 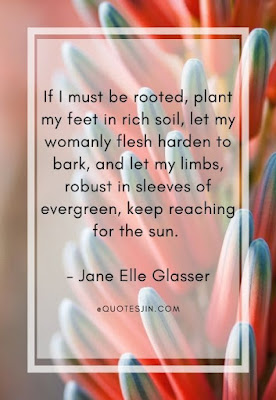 If I must be rooted, plant my feet in rich soil, let my womanly flesh harden to bark, and let my limbs, robust in sleeves of evergreen, keep reaching for the sun. – Jane Elle Glasser 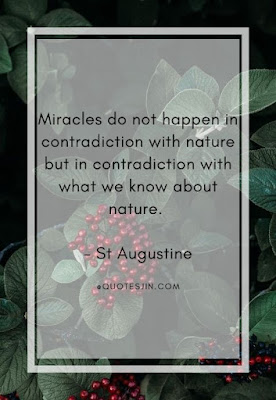 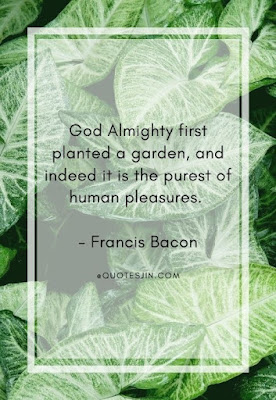 God Almighty first planted a garden, and indeed it is the purest of human pleasures. – Francis Bacon 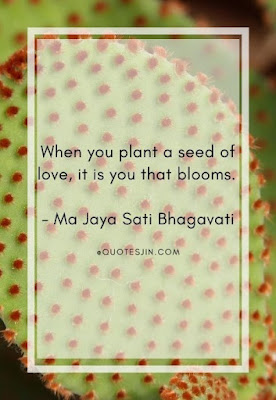 When you plant a seed of love, it is you that blooms. – Ma Jaya Sati Bhagavati 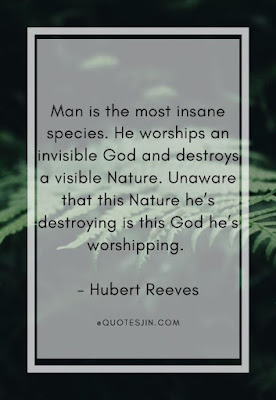 Man is the most insane species. He worships an invisible God and destroys a visible Nature. Unaware that this Nature he’s destroying is this God he’s worshipping. – Hubert Reeves 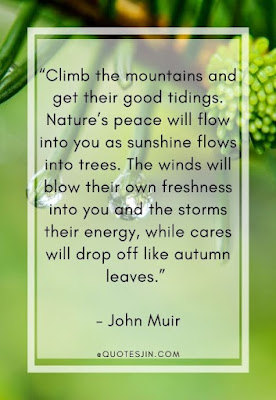 Climb the mountains and get their good tidings. Nature’s peace will flow into you as sunshine flows into trees. The winds will blow their own freshness into you and the storms their energy, while cares will drop off like autumn leaves. – John Muir 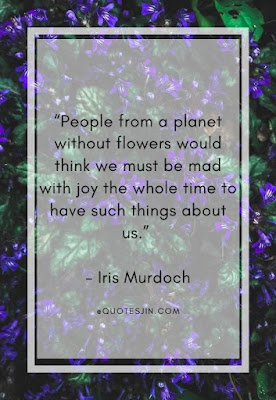 People from a planet without flowers would think we must be mad with joy the whole time to have such things about us. – Iris Murdoch 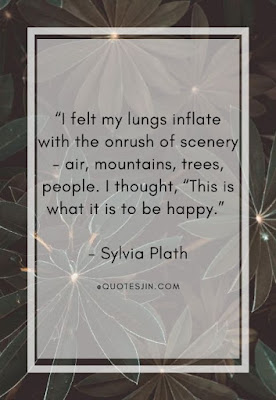 I felt my lungs inflate with the onrush of scenery – air, mountains, trees, people. I thought, This is what it is to be happy. – Sylvia Plath 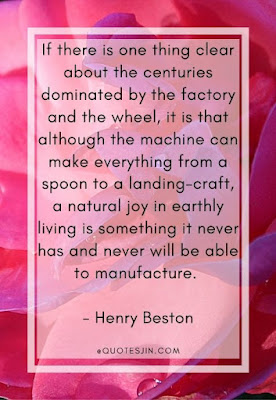 If there is one thing clear about the centuries dominated by the factory and the wheel, it is that although the machine can make everything from a spoon to a landing-craft, a natural joy in earthly living is something it never has and never will be able to manufacture. – Henry Beston 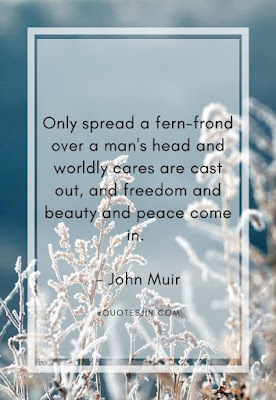 Only spread a fern-frond over a man’s head and worldly cares are cast out, and freedom and beauty and peace come in. – John Muir 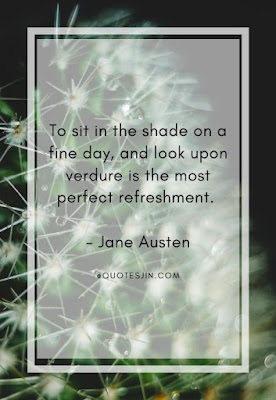 To sit in the shade on a fine day, and look upon verdure is the most perfect refreshment. – Jane Austen 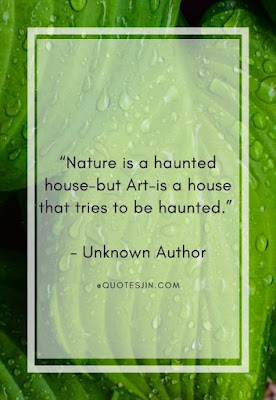 Nature is a haunted house–but Art–is a house that tries to be haunted. – Unknown Author 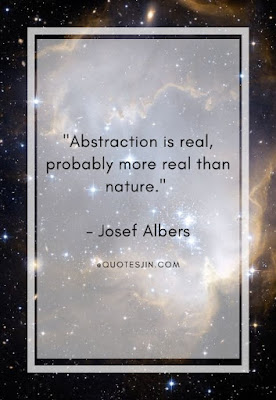 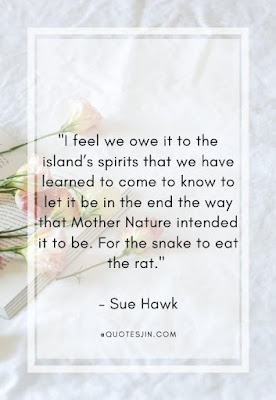 I feel we owe it to the island’s spirits that we have learned to come to know to let it be in the end the way that Mother Nature intended it to be. For the snake to eat the rat. – Sue Hawk 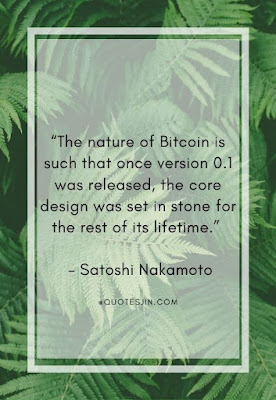 The nature of Bitcoin is such that once version 0.1 was released, the core design was set in stone for the rest of its lifetime. – Satoshi Nakamoto 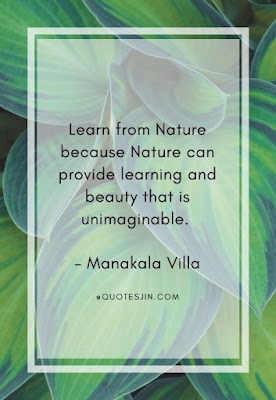 Learn from Nature because Nature can provide learning and beauty that is unimaginable. – Manakala Villa 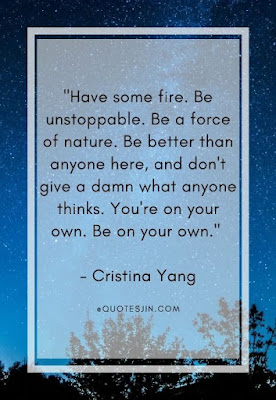 Have some fire. Be unstoppable, be a force of nature, be better than anyone here, and don’t give a damn what anyone thinks. You’re on your own. Be on your own. – Cristina Yang 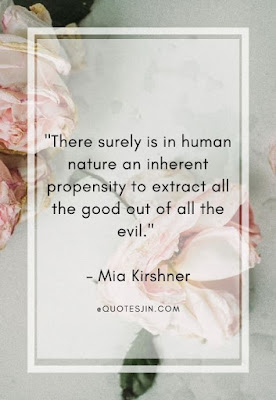 There surely is in human nature an inherent propensity to extract all the good out of all the evil. – Mia Kirshner 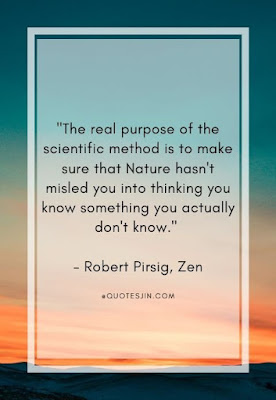 The real purpose of the scientific method is to make sure that Nature hasn’t misled you into thinking you know something you actually don’t know. – Robert Pirsig, Zen 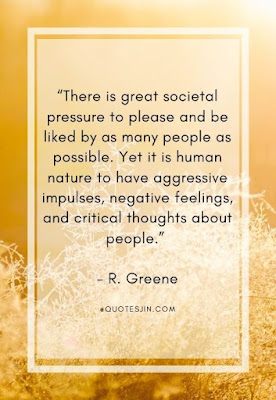 There is great societal pressure to please and be liked by as many people as possible. Yet it is human nature to have aggressive impulses, negative feelings, and critical thoughts about people. – R. Greene 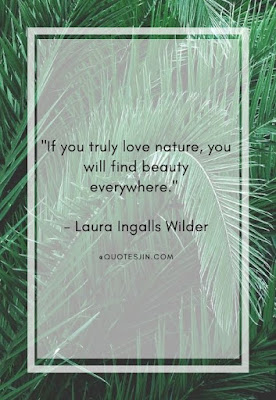 If you truly love nature, you will find beauty everywhere. – Laura Ingalls Wilder 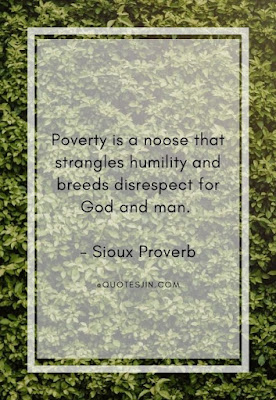 Poverty is a noose that strangles humility and breeds disrespect for God and man. – Sioux Proverb 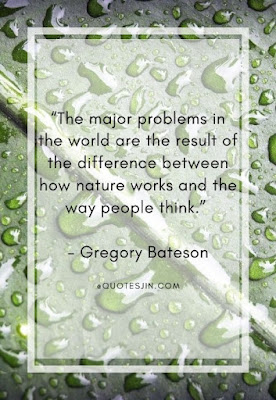 The major problems in the world are the result of the difference between how nature works and the way people think. – Gregory Bateson 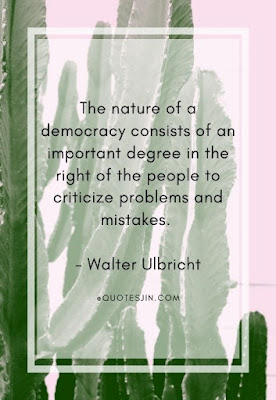 The nature of a democracy consists of an important degree in the right of the people to criticize problems and mistakes. – Walter Ulbricht 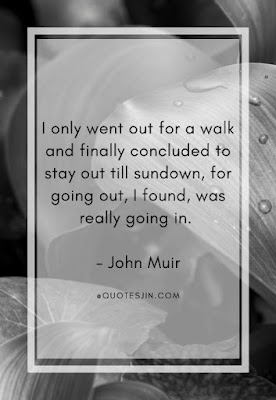 I only went out for a walk and finally concluded to stay out till sundown, for going out, i found, was really going in. – John Muir 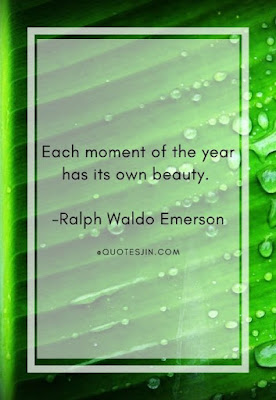 Each moment of the year has its own beauty. -Ralph Waldo Emerson