Why Are Fire Trucks Red?

For as long as I can remember, the dashing and vibrant red colors of a fire truck have always symbolized hope, strength, and a haven for all. It represents the brave individuals who jump into the midst of danger to save lives, often to their detriment.

If I was to randomly ask you what color comes to mind when you hear the word firetruck, the chances are that it would most likely be the color red. Why though? Is it because of the color of a fire? Or is it because red is a color that also connotes the dangers firefighters deal with daily? By the conclusion of this article, you shall have answers to the above questions. Let’s dive right in!

What is a Fire Truck? For clarity sake, let us review the basics of this concept. Commonly called a fire engine, a fire truck is a vehicle whose primary function is to serve as a firefighting apparatus. It consists of a fire hose, alongside a sizable amount of water storage, alongside a ladder for putting out fires and rescuing people in tall buildings. They are also equipped with technical communication equipment such as two-way radios, emergency lighting and mobile computer technology.

The earliest ideas of a fire truck could be dated back as far as 1650 when Hans Hautsch created a fire engine utilizing a pressure tank with the aid of a piston. It’s so strange that what appears to be an archaic device to us now was the foundation of a piece of equipment that would later save thousands of lives yearly.

Now that we’ve obtained conceptual clarity, we can explore the reasons behind the color scheme of the fire truck. 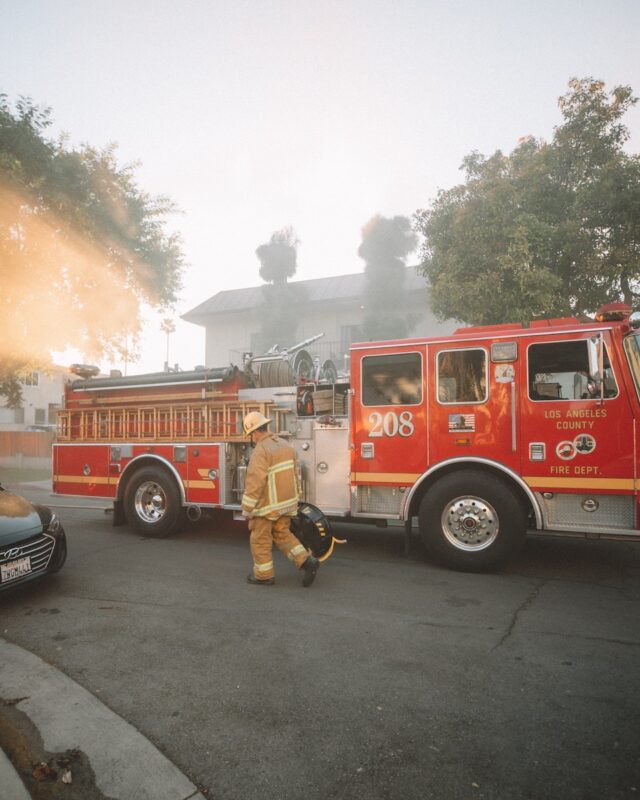 I’m sure most of us have heard the age-old joke regarding fire trucks. It goes thus: “Why are fire trucks red? Because they have eight wheels and four people on them, and four plus eight makes twelve, and there are twelve inches in a foot, and one foot is a ruler, and Queen Elizabeth was a ruler, and Queen Elizabeth was also a ship, and the ship sailed the seas, and there were fish in the seas, and fish have fins, and the Finns fought the Russians, and the Russians are red, and fire trucks are always “Russian” around, so that’s why fire trucks are red!”

As funny as the above may be, it’s not the reason fire trucks are painted red. There are a couple of significant theories explaining the reasons for the color scheme of the fire truck. These shall be explored in full below.

The first theory links the color scheme with the actions of Henry Ford. You see, back then, the cheapest color of paint for vehicles was black. Seeing as Ford was one of the largest producers of cars, it was a logical economic choice for him to paint all his cars black. As a result of this, the streets would be filled with an array of black cars. Now, what does this have to do with the red color of the fire truck? What color is three letters long, stands out in a sea of black cars, and represents danger or emergency? RED! Since the color stood out, it was selected as the color scheme of the fire truck, or at least that’s what this theory states.

The second theory accredits the color scheme to the competition between various fire brigades in the 1800s. You see, at that time, fire brigades took great pride in their pumps. Each company wanted to be revered and stand out in a regal fashion. Hence, they selected the most expensive color at the time: red. 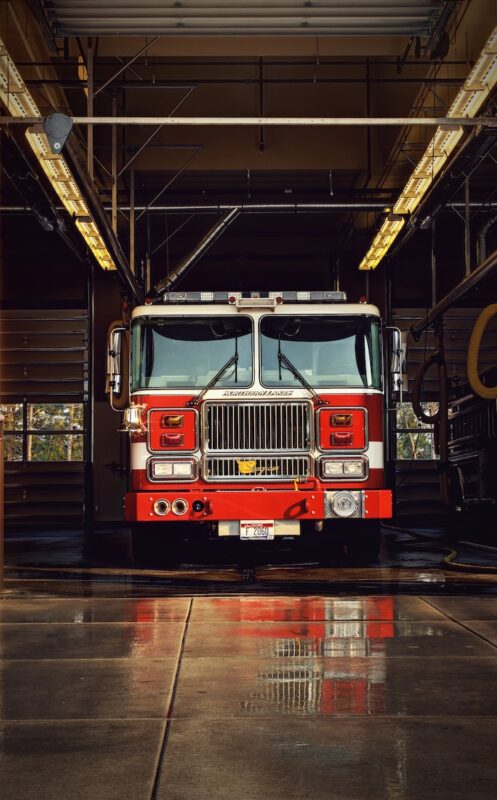 Ultimately, as with most things buried deep in history, it would prove quite challenging to pinpoint the exact origins of the fire truck. As we can see, numerous rumors and theories surround the color scheme of the fire truck.

However, the only reasonable neutral ground or consensus is that the color choice is suitable for standing out amid emergencies. Seeing as red is an easily identifiable color, especially in the midst of the sea of black and silver cars we see daily, we can easily agree that this is a reasonable hypothesis.