In the wise words of American writer Suzy Kassem,

“The universe contains many planets which make it what it is – a unified system. In addition, our bodies contain many organs, and each part is congruent to a planet in our solar system. The universe we see out our eyes is a mirror of what is within us.”

Suzy believes that just as the universe and planets are intricately and wonderfully made, our bodies are also marvels to behold. Have you ever paused to think about it, though? The complex nature of our organs, their predefined functions, and the resplendence of mother nature; all seem too intentional to accredit to chance. It leaves room to wonder about the presence of a supreme being of some sort.

Most philosophers and religions accredit this to a “God” of some sort, with the consensus that this supreme, omnipresent, and omniscient being (God) created the universe and its contents. This being is also the mastermind behind the complexities and intricacies of our human bodies.

Some scientists disagree with this theory, stating that there is no concrete proof of such a being. They accredit the complexities of our world to evolution and the big bang theory. In summary, this theory hinges on the belief that our universe began from the explosion of a very dense singularity. This singularity birthed the cosmos that we know today.

In all honesty, both schools of thought have valid points. However, there isn’t definitive proof of either. As such, the origins of our universe remain subject to beliefs. All the same, I do believe, that at the very least, there must have been some intention behind the creation of such a complex and well-thought-out universe. As such, I wouldn’t completely rule out the existence of a supreme being.

As much as I’d love to proceed on this interstellar voyage, that’s not our topic for today. Fear not, we’d still be traveling out of our technological haven of a planet. Today’s article will explore one of the first space discoveries of humanity: the moon!

What Is the Moon? 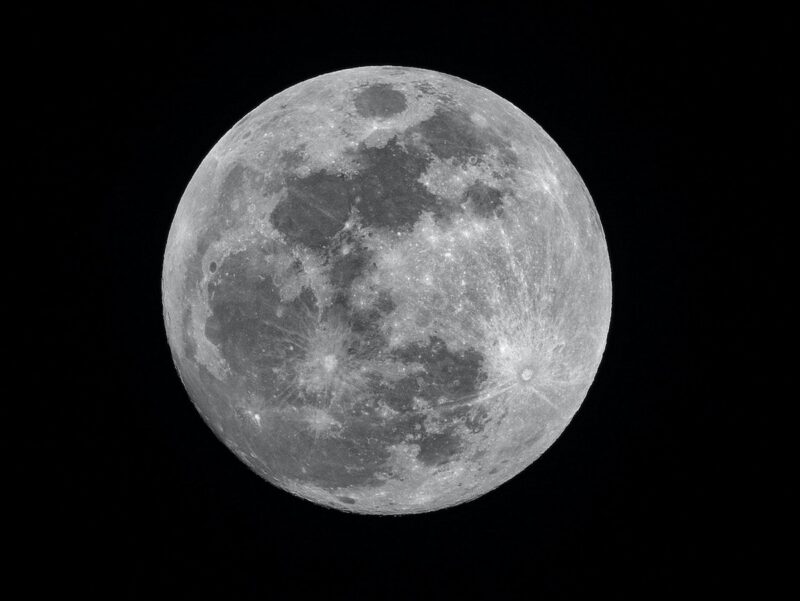 The moon is our planet’s only natural satellite and the closest celestial body to the earth. It is also the only place humans have stepped foot on outside our world. Located about 240,000 miles from the earth, it doesn’t only light up the night sky, but it helps stabilize the earth’s wobble, tides and moderate our climate conditions.

The moon’s surface is full of massive craters and pits due to many impacts with asteroids. It has a very thin, non-breathable atmosphere, called an exosphere. Now that we have gained conceptual clarity, we can discuss the orange nature of the moon. Without further ado, let us begin!

Why Is the Moon Orange? 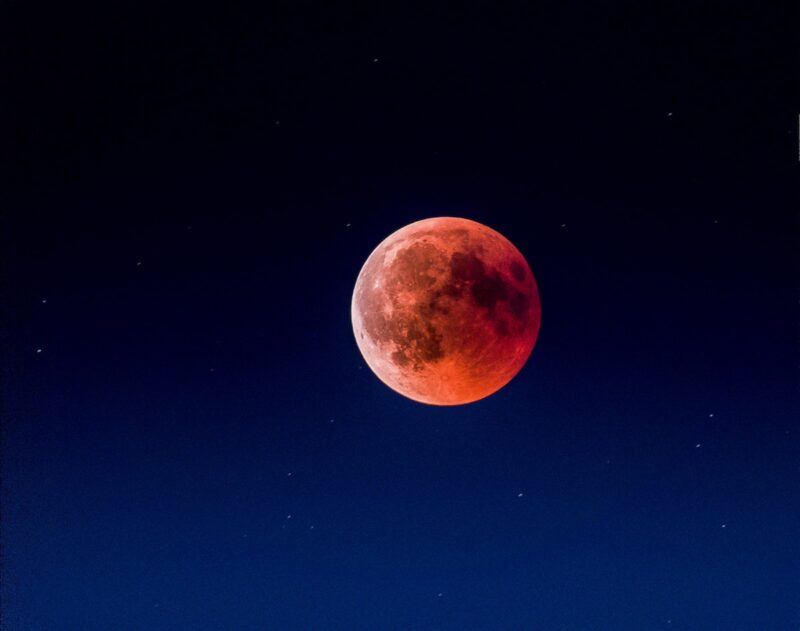 If you’ve done some research about the moon, you’d have heard the expression “the moon is made of cheese!” Have you ever wondered how this joke came about?

You see, this joke comes from the orange color of the moon. Now you may be thinking, “how on earth could the moon be orange?” You would have been used to the characteristic calm white glow of the moon over the years. However, that is not always the case.

Before I proceed to explain this phenomenon, let me establish some foundational concepts. You need to understand that unlike lamps, torchlights, or the sun, the moon doesn’t generate the light you see in the night sky. On the contrary, the moon “borrows” light from the sun. In concise terms, the moonlight that we see is a reflection of sunlight. This sunlight bounces off the craters, volcanoes, and pits on the moon and reflects towards the earth, lighting up a starry sky.

Now that you understand that core concept, I can explain the orange nature of the moon to you. Over the years, you must have noticed that sometimes, the moon gives off this orange hue.

You see, light typically travels through more layers of atmosphere when the moon is closer to the horizon than when it is directly over your head. The light that travels from the sun is a pure white spectrum. This light travels undisturbed through the vacuum of space till it reaches the earth. Now, when this sunlight reflects off the moon to produce moonlight, it would have traveled once or twice through the atmosphere.

We all know that the atmosphere contains various particles. Since the white spectrum of light contains multiple wavelengths (colors), some wavelengths are bound to scatter during their trip through the atmosphere. Shorter wavelength light (colors like green, blue, indigo, violet) is more prone to spread when moving through the atmosphere, while longer-wavelength light (colors like red, orange, yellow) will remain. Since the colors mentioned above remain, that is what we see coming off the moon. That explains why the moon may appear red, orange, or even yellow at different points in time. 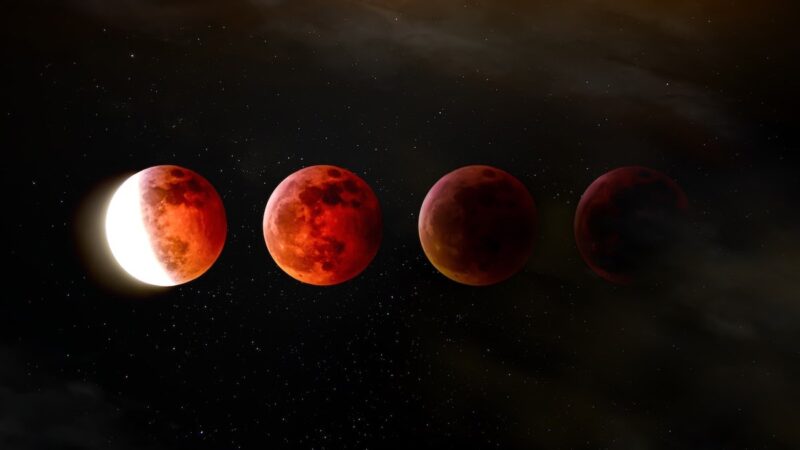 Irrespective of your belief regarding the universe’s origins, it is irrefutable that humanity’s quest for answers has led to various discoveries. Like how sometimes you have to move backward to gain insight to progress further, you also have to look outwards to answer your questions. Perhaps that explains man’s obsession with space discoveries.

Ultimately, the moon is one of those discoveries. Upon exploring more of our universe, we would undoubtedly come to understand a lot more about our planet. That proposition, in its entirety, is utterly thrilling.

To this end, I leave you with the wise words of American author Tahereh Mafi. “The moon is a loyal companion. It never leaves. It’s always there, watching, steadfast, knowing us in our light and dark moments, changing forever just as we do. Every day it’s a different version of itself. Sometimes weak and wan, sometimes strong and full of light. The moon understands what it means to be human. Uncertain. Alone. Cratered by imperfections.”